The passion and pride you are met with when you visit Stauning Whiskey's distillery is something very special. It is fascinating to meet people who are passionate about their craft and want to share their knowledge and dedication to their niche.

Guided tours for everyone

When you take part in a tour of Stauning Whiskey, you get to see the entire production. All the processes in the production of Stauning Whiskey take place in Stauning. Right from floor malting, mashing, fermentation, distillation to storage in charred oak barrel. The scents you encounter on your trip around the facility are characteristic and together with machines, the beautiful copper pot stills and not at least the exciting story, you leave with an insight into the Danish whiskey adventure. 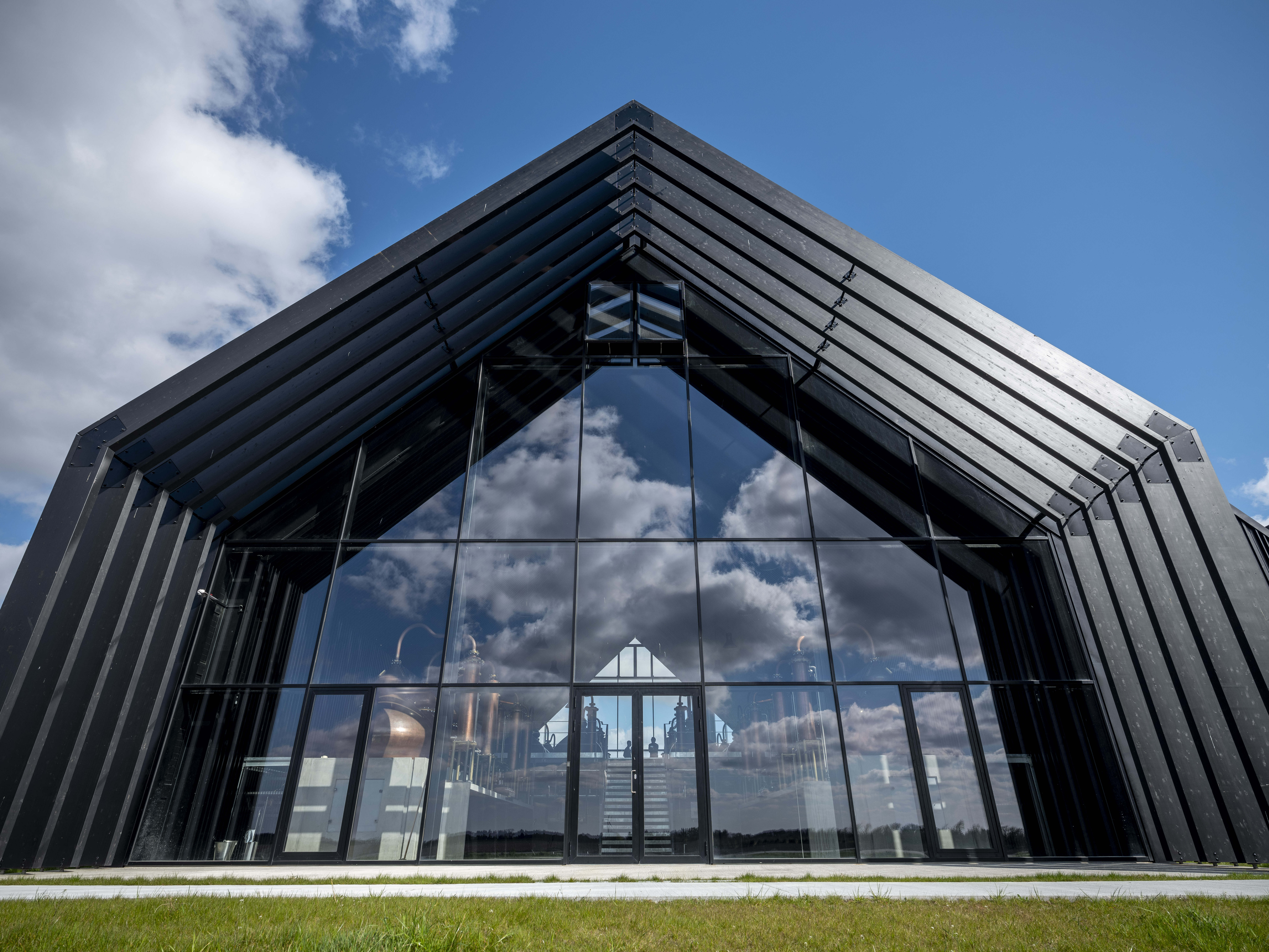 Whether you like whiskey or not, it is fascinating to get so close to a craft that has garnered praise and recognition from a many different international whiskey experts and who cherishes the old and proud whiskey traditions of Scotland. The story of how 9 comrades went from an idea to make whiskey to now, where they have a whiskey distillery that in the long run can produce 900,000 liters of whiskey a year, is told by committed and skilled storytellers in Danish, German and English. 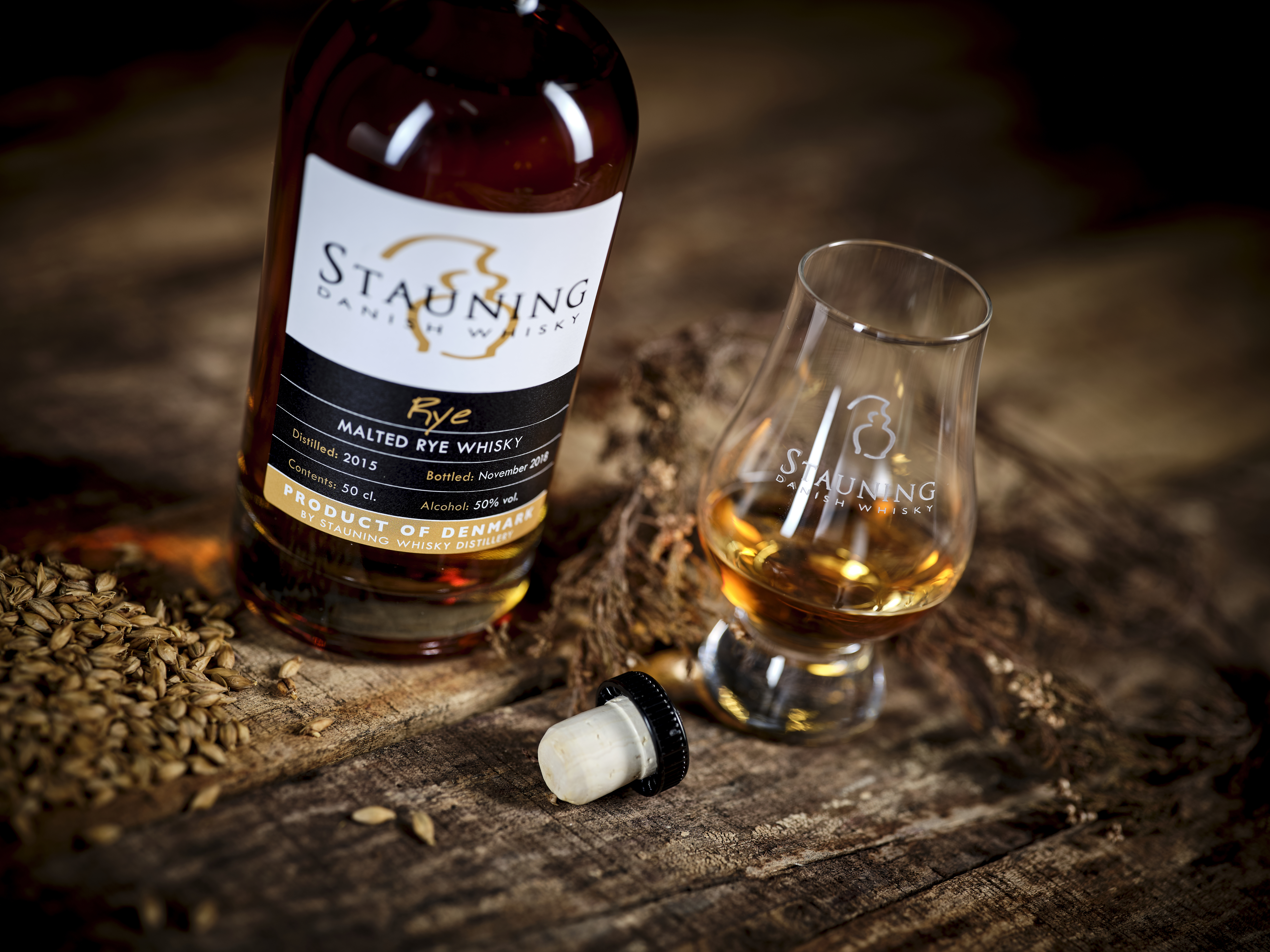 "Once upon a time… ..", is how a real fairytale starts and we are almost inclined to start the adventure about Stauning Whiskey with these words, because as one of the main characters, Henning Svoldgaard, says: "Yes, then it's a bit of a fairytale!"

There were once… .. 9 comrades who back in 2005, aroused their curiosity when the following statement came in a radio program: “It is easy to make whiskey. But it is difficult to make it taste good ”. A new hobby saw the light of day and in 2006 the very first drops of Stauning Whiskey were tasted - and from then it looked good. The distillery moved to the property where Stauning Whiskey is still housed, in 2007 and in 2009 the production was approx. 5,000 liters. The whiskey quickly became known in international whiskey circles and nationally, where several prestigious bars and restaurants got Stauning Whiskey on the drink menu. In step with demand, production increased to approx. 82,000 liters.

And the fairytale does not end here. In 2015, Stauning Whiskey entered into an investment agreement of DKK 100 million with the world's largest spirits producer, Diageo. The investment has meant a huge expansion of the production halls. When you drive past the distillery today, you see some large black buildings - here there is now room to be able to reach the 900,000 liters of Stauning Whiskey a year.

Taste the heart of whiskey

The adventure is told with many more details when you take part in a tour that also takes you through the old distillery before the new distillery is shown. Then the size difference also becomes very tangible. In the hall with the large copper pot stills, you are allowed to taste the heart of the whiskey - it is this liquid that is poured on oak barrels so that time and the oak barrels together can mature the whiskey. You get to drip a few drops on your hand that you can taste. And then it is up to the taste buds. Is it a little sweet? Is it strong? What is the percentage of alcohol in the heart?

Guided tours typically last from 1½ to 2 hours and you can book a tour including tastings, where you get the opportunity to taste 3 varieties of Stauning Whiskey. 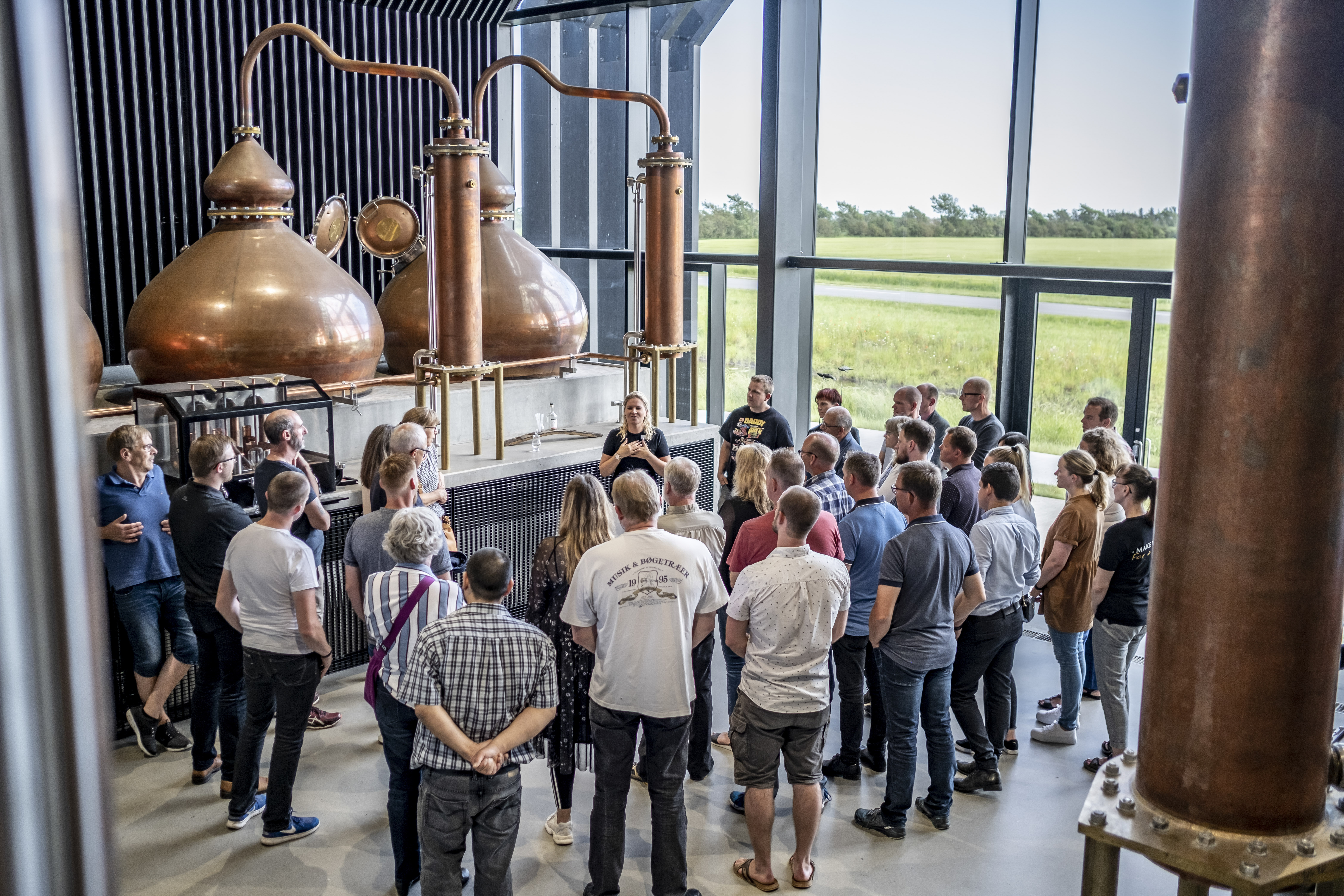 Buy a memory to take home

The shop, which is housed in the old production building, is of course open after the tour. Bottles of 25 cl of Stauning Whiskey are sold here, which are not otherwise offered for sale. In addition, you can buy various merchandise, such as sweaters, glasses and books. As something new, Stauning Whiskey and Liquorice by Bülow have collaborated to make Stauning Sticks, which of course can also be bought in the store. It is raw licorice where the smoked Stauning Curios is added and made into licorice sticks. An exciting collaboration that shows that Stauning Whiskey loves to explore and try new things - but at the same time they cherish their own craft. 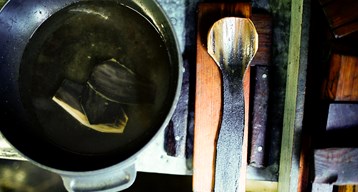 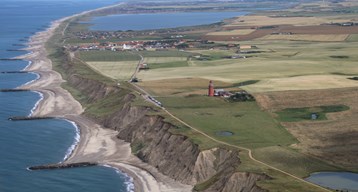