Did you know that there is a candle factory in Kloster? It has been at the same address since 1975 when Henry Sørensen started it. He had acquired a hobby production of candles, and since then it grew. Today, the production is among Denmark's largest when it comes to through-colored candles of the best quality. Thus, candles are now sent to Canada, Germany, the Netherlands, England and more from the family-owned company on Jutland's west coast.

The company is today owned by Charlotte and Sebastian, who is the daughter and son-in-law of the man behind Kloster Design. Charlotte's parents, Henry and Anni, actually sold the business out of the family in 2010 - but in 2016, the then owners went bankrupt, and Charlotte spontaneously took over the running of the business.

The new owners agree that the place should continue to be run according to the original thoughts; propriety, accountability and high service. It has borne fruit, because today Kloster Design is again a growing company.

In addition to the factory, you will also find a self-dipping department. It is located in Kloster's old bakery. In 1994, Kloster Design bought the buildings, and then they were furnished with a self-dipping department. It was a natural extension of the factory, and therefore you can now come in from the street yourself and dip your own candles in one of the 30 beautiful clear colors that the factory produces. You just pay for the weight of the lights and then there is otherwise free choices in terms of sizes, colors and so on. You decide for yourself how long you want to enjoy the activity. However, if you want to take the lights home the same day, you have to start no later than 1.5 hours before closing time. Sebastian has now finally been allowed to decide over this department, so he is quietly working his way up. However, his father-in-law still believes that he is years away from being fully educated.

At the address you will also find, in addition to the factory and self-dipping department, Charly's Café, which is stylishly decorated and with a good and cozy atmosphere. Here the family dog is also welcome, and there is play activities for the children. The coffee menu is big- cafe latte, macchiato, cappuccino and more. Of course, a hot chocolate or tea is also served here. However, the most popular choice from the menu card is probably the apple pie. It is made from scratch by Charlotte herself, according to her mother's unique recipe - so you can be sure that the taste is the same from time to time. As something new, Charlotte has also introduced classic cheesecake and chocolate cake on the menu. It has taken several attempts to find the very best recipes, but now they are in place and she is looking forward to serving the cakes to the café's guests. 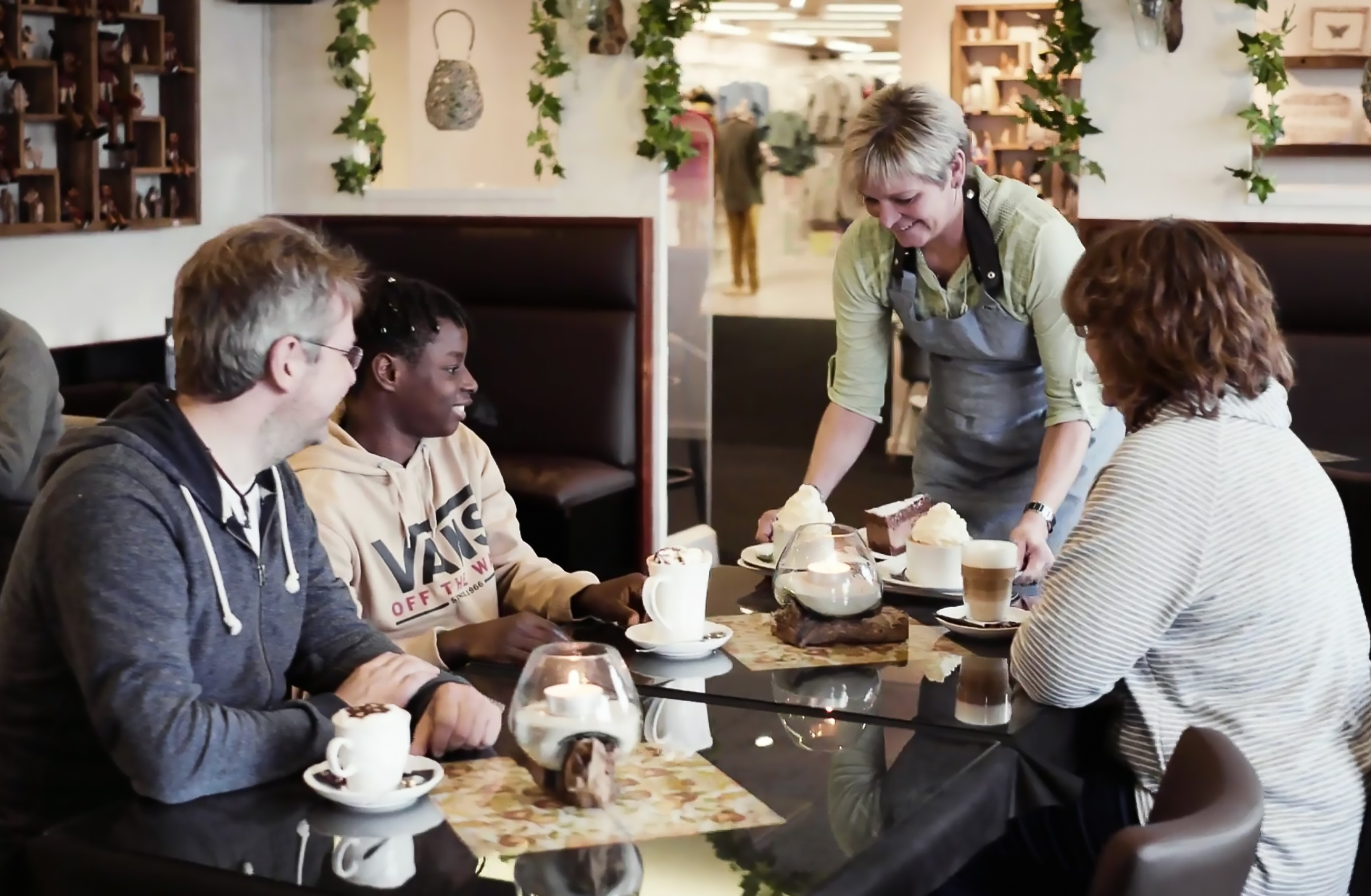 As if that were not enough, they also have a large store at Kloster Design. 450 m2 under roof, packed with nice design. For example, you can find purses from Mywalit, which is known for Italian leather in happy color combinations. Here are also bags from Danish By Karlsen Nord or Zwei, sweets, maritime-inspired decoration, Maileg gnomes delicious soaps, products from Plint and much, much, much more.

As something new, Charlotte has also purchased the most delicious items for a brand new children's department. Here are, for example, wooden toys from Little Dutch, nursery bags and aprons from Sophie Allport, felted stuffed animals from Én Gry & Sif, birthday trains, beautifully decorated melamine tableware, birthday flags and much more. It is thus an obvious place to go find maternity gifts, christening gifts, or if thekids just deserves a little extra pampering.

Regardless of age, we encourage a visit to Kloster Design, where the smiling and service-minded staff is always ready to help you. 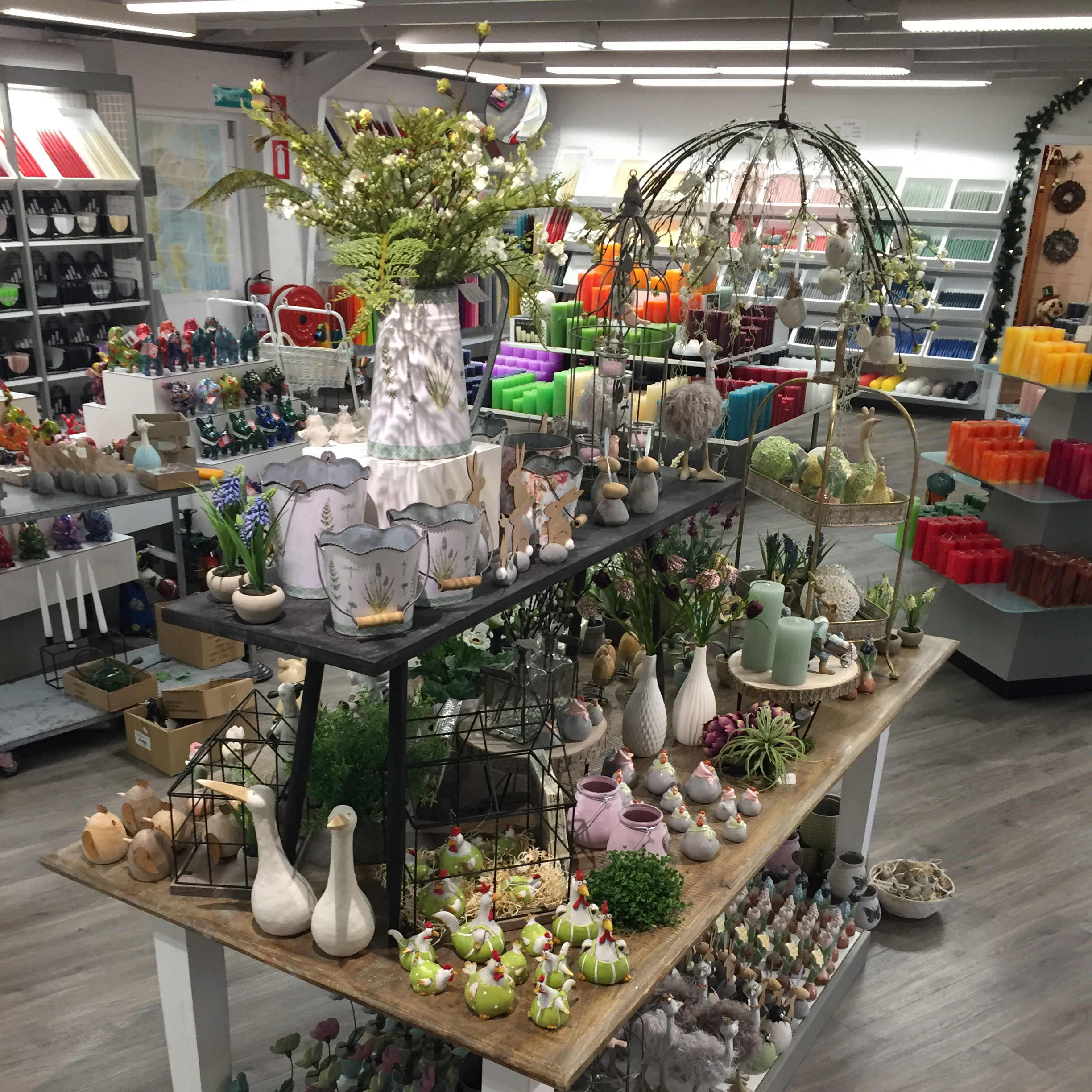 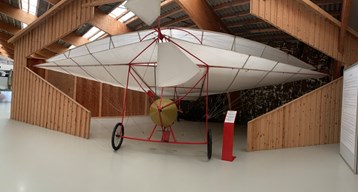 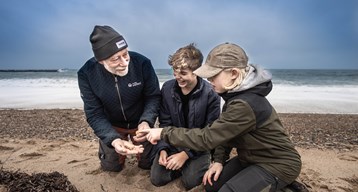 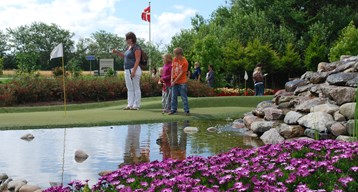