Jyllandsakvariet is located in Thyborøn. To one sid the North Sea rumbles and to the other side lies the Limfjord. Within driving distance are beautiful woods. Everywhere there are nature experiences for both young and old - and even the four-legged ones.

Jyllandsakvariet is open all year around

All year around you can visit Jyllandsakvariet. The large building is filled with aquariums where rays, sharks, crabs, catfish etc. swim around, to the great delight of all the guests. All around you will find the basins decorated with old fishing gear, lifebuoys, signs from old fishing ships and other maritime objects, all of which help to provide an authentic and holistic experience. The inner child will enjoy putting a sailors cap on the head and play captain on "Havfisken" - a submarine that the kids will love to play in. After that you can go to the indoor beach and see if you are lucky to find amber. The excitement is great when small pieces of the "nordic gold" appears. 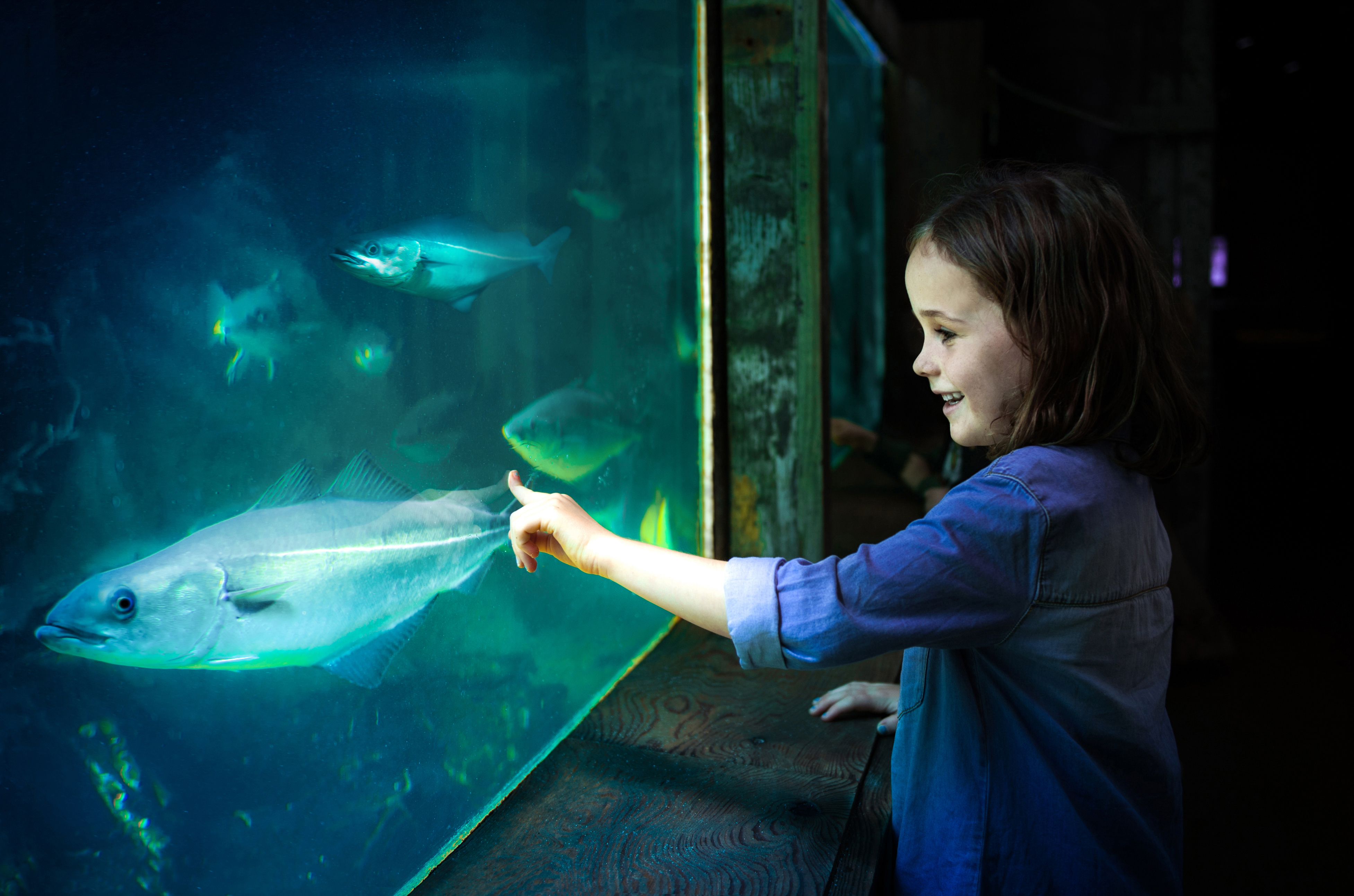 An angelshark and a kindergarten

As the only aquarium in Denmark Jyllandsakvariet has an angelshark. Michael Madsen, the owner of the aquarium, says that the angelshark has been at the top of his wish list for many years. An angelshark is a shark species that at first glance seems unimpressive when lying on the bottom of its aquarium. It will dig itself down a bit in the sand and change the color so that is almost disappears into the sandy bottom. But when it comes to feeding, things happen. It cuts so incredibly fast that the eye can hardly perceive it - and this is what has long fascinated Michael Madsen and made the angel shark worth waiting 25 year for.

In some of Jyllandsakvariets smaller basins, you can put your hands down in the water and stroke various species of fish. Here you will also find the red shark. The red sharks lay many eggs, which the aquarium exhibits in its shark-hatching-clinic. The eggs hang in front of a plate with light so you can follow the development and stage of the shark fetus. When the eggs hatch, the little shark measures from 7-11 cm and is ready to go to the daycare basin, after which it will also go to kindergarten and later to school.

At Jyllandsakvariet they love dogs. In the reception you will meet Michael's own, and very calm, dog, lying on its shelf and watching what happens at the aquarium. Jyllandsakvariet has also built an agility course out of whale bones, driftwood and other maritime objects. Here the dog is sure to burn some energy. And if the two-legged are to participate in one of Jyllandsakvariet's many trips, the dogs can wait in the dog-lounge they made especially for that. Contact the aquarium for more information.

A large selection of nature experiences

What makes Jyllandsakvariet a goldmine of holiday memories is the large selection they offer of trips into the naure of West Jutland. Experience the seals up close on one of the seal safaris. Get trained to find amber on an amber safari on the beach, either during the day or on an evening trip where you get equipped with UV-lights to find the amber in the dark. Pick some of the natures delights underwater on an oyster safari and learn how to open and cook oysters. Taste the oysters both as raw and cooked on a charcoal grill and rinse them down with cold white wine and bubbling champagne. 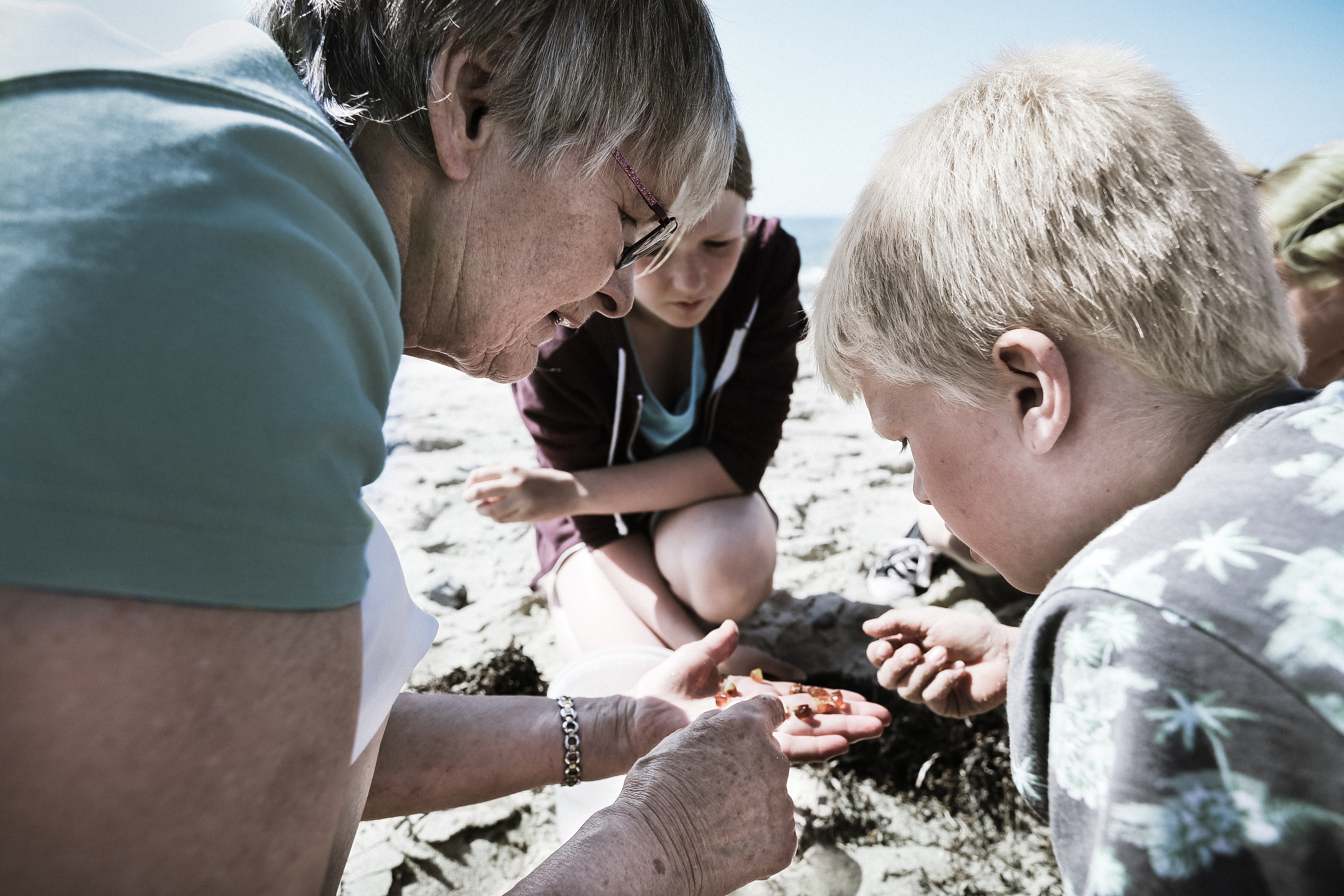 Michael Madsen especially loves the autumn. When the nature draws in new colors, the opportunity also opens for new nature experiences. Go with Jyllandsakvariet out into the nature's huge pantry and help collect some of the nature's raw materials. In addition to oysters, there are also mushrooms and edible plants that are just waiting to be picked and cooked. Experienced mushroom hunters teach you how to tell the difference between edible and non-edible mushrooms.

In Klosterhede Plantation you will find Denmark's largest population of beavers. Join Jyllandsakvariet and see how the beavers make their mark on nature. It is also in Klosterheden that you can hear the red deer roar during the autumn months. A fantastic experience that Jyllandsakvariet also offers in their large your selection.

We encourage you to visit Jyllandsakvariet's website for a full overview of all the trips they offer. You will find something for everyone. 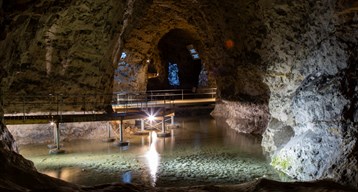 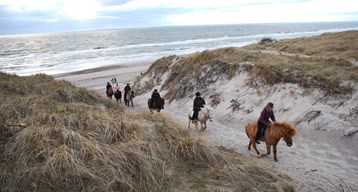